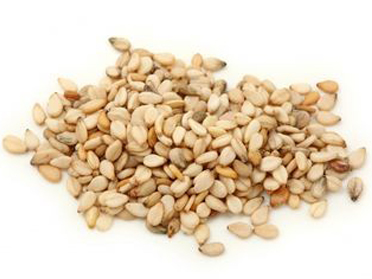 Sesame seeds may be the oldest condiment known to man. They are highly valued for their oil which is exceptionally resistant to rancidity. The scientific name for sesame seeds is Sesamun indicum.

Open sesame—the famous phrase from the Arabian Nights—reflects the distinguishing feature of the sesame seed pod, which bursts open when it reaches maturity.